I needed to look up the zip code ("postal code" in Canada) for one of my penpals, which got me thinking... why is it called a zip code?

In case you've ever wondered the same thing, here's what I found out:

This brilliant system didn't start until the 1960s.  It's amazing to think that mail got to the right place without it!  If someone from, say, Utah sends me a letter, how are the postal workers there supposed to know where Hummelstown, Pennsylvania is?  Before this ZIP system, I suppose they would just send the letter to Pennsylvania, and once it got here hopefully the postal workers would know that I live in the south-central part of the state.  And eventually the letter would reach someone who had actually heard of Hummelstown, and then it would reach my mailbox.  Miraculous if you really think about it.

It's true: it all depends on ZIP code.

How does the system work?  Like magic!  But really, it is pretty cool.  (Well, it's cool if you love the post office as much as I do!)

The original system was just the five digits we usually think of as our zip code.


The first digit designated a broad geographical area of the United States, ranging from zero for the Northeast to nine for the far West. This was followed by two digits that more closely pinpointed population concentrations and those sectional centers accessible to common transportation networks. The final two digits designated small post offices or postal zones in larger zoned cities.

Use of the 4-digit add-on is not mandatory, but it helps the Postal Service direct mail more efficiently and accurately because it reduces handling and significantly decreases the potential for human error and possibility of misdelivery.

So there you have it, folks!  I, for one, am going to start using ZIP+4 more often for my return address.  Just one more way to help save the post office!


Information from usps.com.
Posted by Anne's Mail at 8:26 AM

Hello, fellow mail lovers!
I would love to hear from you, and I promise to send something in return.
Anne Elizabeth
PO Box 4005
Harrisburg, PA 17111
USA 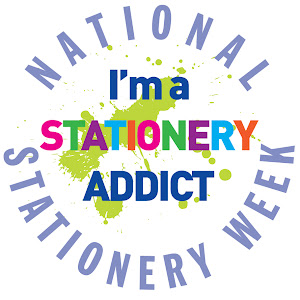